Human beings have certainly taken incredibly huge strides since those early days of transiting from hunters to farmers. Moving forward, if the industrial revolution in the 18th century facilitated one quantum leap, the rise of information technology has caused another in more recent times.

From painting on cave walls, human beings today are considering colonizing outer space. But the point is, have all our advances been for the better? Obviously not, since global warming, climate change, plastic pollution, etc. have become household terms.

One of the significant problems in this fast forward process has been the unthinking rejection of several traditional practices without assessing their real worth. Hemp cultivation is a case in point.

The Hemp History: An Epitome of Human Short-Sightedness

Hemp, also known as industrial hemp, belongs to the plant species Cannabis Sativa. Incidentally, the narcotic marijuana also derives from a plant of the same species. That is just about the only crime that the incredibly beneficial hemp plant has committed.

The Encyclopaedia Britannica informs us that experts have traced the origin of the hemp plant to Central Asia. The earliest record of hemp cultivation primarily for its fiber dates back to 2800 BCE in China. But the Psychedelic Encyclopedia, first printed in 1978 and running into its third edition in 1992, mentions that the Chinese already cultivated and used hemp in the 5th millennium BCE.

European countries in the Mediterranean region cultivated hemp some 2000 years ago, and the practice spread across the continent by the middle ages. Records trace hemp cultivation in Chile during the 1500s, when the Spaniards introduced it there. A century later, it reached North America.

The first attack on hemp cultivation in the US happened in 1937. The Marihuana Tax Act of 1937 brought commercial dealings in cannabis, hemp, and marijuana under a special tax. That pretty much destroyed the hemp industry of the country.

There are disputed theories about deliberately doing that to popularize nylon, the new synthetic fiber invented by the DuPont Company. Anyway, the USA had to legalize hemp cultivation again during the Second World War as part of its war efforts. Hemp fiber was then necessary to make army uniforms, ropes, and canvas.

Finally, the Comprehensive Drug Abuse Prevention and Control Act of 1970 banned hemp cultivation altogether in the US. Incidentally, the country’s first president George Washington grew hemp. The American Declaration of Independence got signed on hemp paper.

This short-sighted step got reversed only recently through the Agriculture Improvement Act of 2018. This Act has made hemp cultivation and import of hemp legal across the country. However, different states had taken steps against the 1970 federal law and decriminalize hemp.

There are plenty of reasons to support hemp cultivation and the growth of hemp products. However, in this article, we’ll look at just one aspect of the many benefits of hemp: hemp plastic.

The plastic that we are so familiar with is a petrochemical product with poor biodegradability. Besides, too much plastic is for single use with no recycling options. That has made this everyday product into a real hazard on many counts.

Plastic pollution is certainly no figment of the imagination. It is far more threatening than we think of. A recent study by the Royal Society for the Protection of Birds, UK, and the University of Tasmania discovered plastic waste on Henderson Island.

Why is that special? Well, for one, Henderson Island is an uninhabited coral reef in the South Pacific. Second, the researchers found 38 million pieces of plastic waste there. That demonstrates how far microplastic can travel and how fast.

Microplastic is nothing more than thin strips of single-use plastic that get into the water bodies. They pollute our rivers, seas, and oceans, of course. The notorious Great Pacific Garbage Patch is just one example. About 54% of this garbage patch consists of microplastics, says a 2014 National Geographic report.

Other than polluting our land and water bodies, microplastic waste is a severe threat to planet earth’s biodiversity. It chokes and kills many land and marine animals every year. Plastic also has adverse implications for human health.

Bioplastic made from hemp fiber is undoubtedly an alternative to this harmful plastic that we now use. Humans derived the first varieties of plastic they used from plant fibers and other organic sources not related to petroleum or any other fossil fuel.

Hemp fibers are rich in cellulose. When extracted, this cellulose is usable for several plastic varieties such as cellophane, celluloid, etc. The most significant advantage is that such plastic can be recycled easily and is entirely biodegradable.

Plastic made entirely from hemp cellulose is not very common yet. But composite bioplastic made from hemp and other plant fibers has been in use for some time. Remarkably strong and rigid, this plastic gets used in making automobile parts, boats, musical instruments, and several other smaller items like bottles, etc.

In a remarkable show of commitment to ecological sustainability, the famous Danish toy company LEGO has vouched to switch over to bioplastic by 2030. Some reports suggest that they may be using hemp plastic.

Several companies across the globe, including some US companies, have been working on developing commercially viable hemp plastic. Hemp Plastic, a US-based company, has already produced plastic from hemp cellulose to meet FDA standards for agricultural, food, and pharmaceutical products.

All these efforts will perhaps lead to a sustainable way out of plastic pollution.

But there are many challenges along the way. Hemp cultivation, and the development and use of hemp-based products are still not legal in many countries across the globe. Then there are the nay-sayers who argue that the R&D required for manufacturing different varieties of hemp plastic is far too cost-intensive.

That is where each one of us can take a decisive step. We can demand products made of hemp bioplastic. That is one sure way of demonstrating our eco-consciousness as consumers. 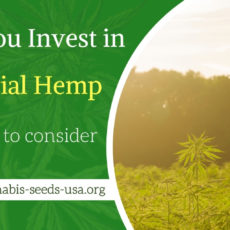 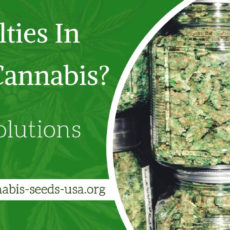 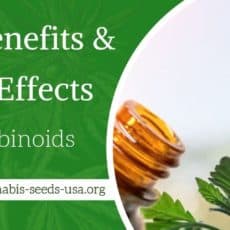